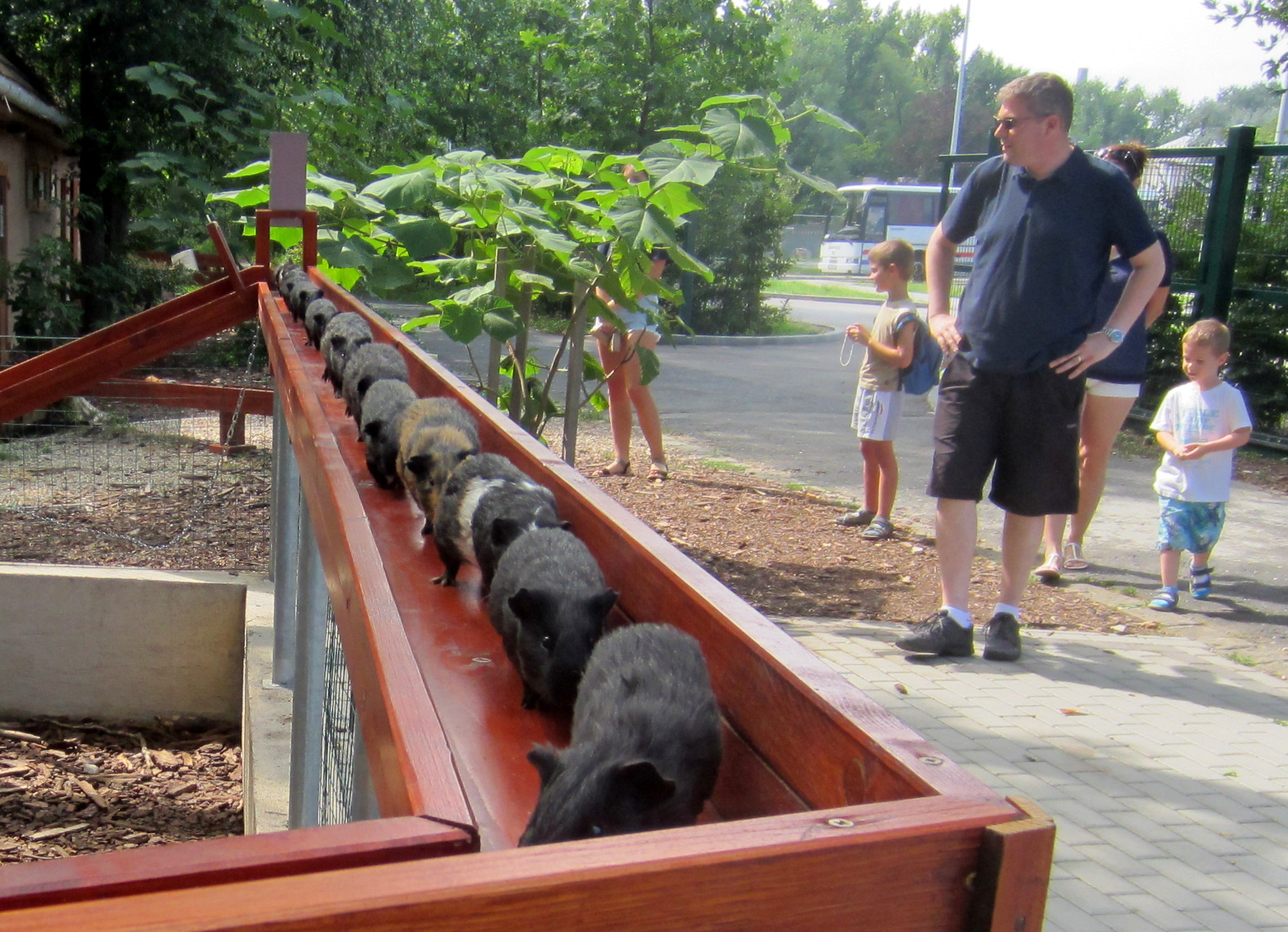 Often a good idea can outshine huge investments; you don’t need very special, rare species to attract visitors. For example when I saw the new wonder, the guinea pig train of Zoo Győr on video for the first time, I was laughing for minutes. Simple, based on the natural behaviour of animals, and very spectacular – do you need more than this in a zoo? I asked Dr. György Andréka, the director of the zoo about this exhibit. I was especially interested in how the idea came. His reply showed the new way of information sharing in the zoo world, the power of web-based knowledge: he saw this kind of train on video sharing sites. Actually he was looking for something else – katanas for kendo – on Japanese sites, but finally he found himself attracted by these videos shared by visitors of zoos in Japan. Why couldn’t we do it? The decision was followed by action and the planning of the new exhibit began shortly.

As I wrote above, the idea of the guinea pig train is based on their natural behaviour: they tend to follow each other, they want to descend quickly from any elevation, and guinea pigs always become active when they suspect food… The description of the “railway tracks” and the facilities is the following: there are divided outdoor exhibits next to the house, connected to the house and each other by the elevated routes. The highest point of it is at 160 cm, descending to 115 cm in front of the visitors. The ascending sections of the open top channel are fitted with horizontal slats, which, acting as stairs, make the moving of guinea pigs easier. The train starts in the morning, the guinea pigs run through a 20 m long path. In the afternoon they move to the other part of the enclosure, again through the elevated channel. Finally, in the late afternoon, they return to the house on the trail.

The animals had to get used to this facility during the first part of their training – it lasted for about a month. After that it worked without problem; upon hearing the rattle of the keys and the feeding dish, they start to move quickly.

This story proves that it is worth searching for new ideas on the Internet, even on social network sites. In addition, sharing our experiences in these channels (even if via visitors) may contribute to the development of zoos worldwide.